Please note: The agenda above is a guideline only. Our online meetings may not always follow the outline presented and sometimes end earlier or later than anticipated.

Abby Thompson recently completed Phase 1 of the YER program and she will present some of her learnings and experiences to our club. We ask our members to recognise that the experience of presenting over Zoom may be a strange, and certainly new, one for Abby. This is a chance for us to practice our best online etiquette. 🙂 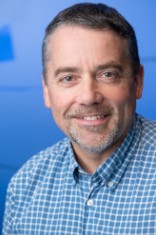 Adam moved from Worcester in the UK, where he’d been practising as a Family Doctor since 2000, to Comox in 2011. He moved with his wife, who is a local psychotherapist, 2 boys, 3 cats and 2 dogs. He works as a Family Doctor at Courtenay Medical Associates and holds hospital privileges at Comox Valley Hospital. He’s been active in medical leadership since 2012, and served as the Chair of Comox Valley Division of Family Practice (www.divisionsbc.ca/comox) from 2013 to 2018 and Co-Chair of the Comox Valley Collaborative Services Committee between 2013 and 2019. He was instrumental in Comox Valley becoming one of the first five Primary Care Network communities in British Columbia as Primary Care Network lead for the Comox Valley Division. He stepped down from Division work in December 2019, and returned in March 2020 to become COVID-19 Physician Lead as the pandemic emerged. Once through the first COVID wave he has transitioned to COVID-19 Spokesperson for the Division of Family Practice while juggling his roles at Doctors of BC (www.doctorsofbc.ca).  He has been a Director on the board of Doctors of BC since June 2019, and has recently been part of a Doctors of BC team that completed negotiations with the BC government in respect of a new contract for primary care physicians.

In his spare time he’s hopeless but persistent at salmon fishing, good at breaking bones on a mountain bike, and average at alpine and backcountry skiing.