Please note: The agenda above is a guideline only. Our online meetings may end earlier than anticipated. 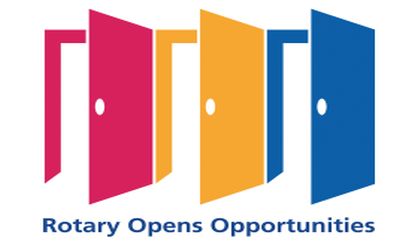 District Governor Greg Horn has had a thoroughly interesting and varied career – did you know he has been a competitive water skier and tunnel boat racer?
Rotary District 5020 is one of the largest in the world, and one of the few bi-national districts as well. It encompasses over 90 Rotary Clubs on Vancouver Island BC and Washington State’s Olympic Peninsula, reaching as far south as Battle Ground WA.

Open up for Greg's biography!

Three things have shaped Greg’s life more than any other.  Water, family and Rotary.

Raised living on a lake in Lakewood, WA, he became an accomplished competitive water skier and barefooter.  This led him into the water ski manufacturing business during college at the University of Washington.  After college and a stint in the navy, the job grew into a self-employment opportunity as an independent manufacturer’s representative.  That led him into the tournament ski boat business, a wakeboard manufacturing business and finally a dock building business.

He also raced tunnel boats for several years way back in the 70’s where he set a world speed record that still stands.  Along the way he joined with some friends and built a water ski lake, one of the finest in the country.  Greg is also a lifelong snow skier, and snow is just frozen water.

One day a friend called and asked, “What do you know about Rotary?”  Greg replied, “Not much.  It is a service club that meets for lunch in just about every community I have traveled through.  After attending a few meetings, he was hooked.  He had found the perfect way to give back to his community and have fun while doing it.

After joining Lakewood Rotary in 1996 he became active in just about every aspect of the club.  2009-2010 brought a year of being club president, and then three years as assistant governor followed.  “The more I learned about Rotary beyond the club, the more I wanted to be involved,”

Mary jokes that Greg asked her to marry him, but neglected to ask her to join Rotary.  She recently took the lead and joined Lakewood Rotary where she has had a dynamic first year.  Greg and Mary were co-chairs of 2018 Rotary District 5020 Conference and Training in Tacoma.

A final thought:  Do you wish Rotary were not such a well-kept secret?  Do you wish everyone in the community knew about all the life-changing things we do?

Together we can grow Rotary and make a difference!